Ole Gunnar Solskjaer will have Manchester United physically and mentally ready to face rivals Leeds at the end of a challenging week.

The Old Trafford giants were confirmed among 12 founding members of the European Super League just hours after wrapping up a fifth-straight Premier League win against Burnley last Sunday.

The news caused widespread fury and plans were sheepishly canned within 48 hours, albeit the damage was already done and United co-chairman Joel Glazer admitted “we got it wrong”.

Executive vice-chairman Ed Woodward tendered his resignation during that chaotic period and a group protested the Glazers’ ownership at the club’s Carrington training ground on Thursday.

Solskjaer spoke to the fans and said with no little understatement that “preparation for Leeds was a bit different”, but the United boss knows what is needed at Elland Road on Sunday.

“They mean a lot to me,” the former United striker said of matches against old foes Leeds.

“We know the history about the Leeds of the old days, Super Leeds, that was the generation before mine.

“That was my dad’s generation and he’s grown up with seeing them winning the league.

“I’ve played in some massive games against Leeds. We had a proper challenge from that team in early 2000s, with, for example, Eirik Bakke playing for them.

“We as a team got stretched against them, we looked forward to those games and we had some fantastic games.

“There was respect for the level, they stretched us. I feel the same now with the Leeds team coming up this year.

“They’ve shown their quality and they’re going to stretch us. We have to be ready for this game, physically and mentally.”

Leeds have impressed on their return to the Premier League under Marcelo Bielsa, who will be looking to make amends for December’s 6-2 defeat at Old Trafford.

“You know, that game we started unbelievably well – we scored in our first two attacks – and it was never a 6-2 win,” said Solskjaer, who is hoping Marcus Rashford can return to training on Saturday.

“We’ve looked at it, we’ve analysed it ourselves, and I don’t expect the same scoreline because the difference between the teams was not four goals. We were clinical.

“We scored some fantastic goals. We had some great saves by David (De Gea) at important times.

“Just before half-time, it could have easily been 4-2. Just after half-time they had chances there as well.

“We know we will be stretched physically and mentally in this game.

“It’s a completely unique game of the season.”

Sunday’s match will be the teams’ first Premier League meeting at Elland Road since October 2003.

Leeds fans are hoping to celebrate the first top-flight win against the Red Devils since 2002 and Solskjaer was keen not to fan the flames of fan tension in the build-up.

A number of fans descended on Elland Road to protest the Super League when founding club Liverpool arrived on Monday, with this weekend United’s first match since the competition was announced and fizzled out.

“In a strange way, this situation has brought football together as well and fans together,” Solskjaer said.

“Everyone understands – the players, the fans, they haven’t been a part of this.

“A Man United fan, a Leeds United fan, they have the same opinion about this topic, so I don’t think that’s going to be an issue. 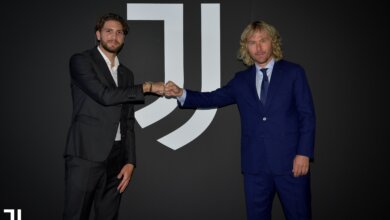 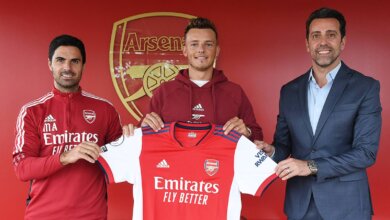 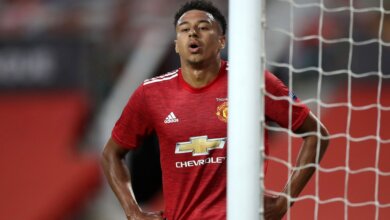 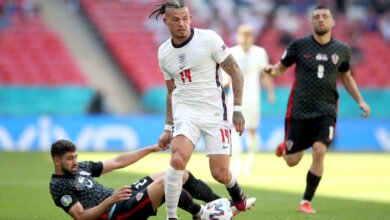 Euro 2020: England beat Croatia to secure their first ever win in Euro opener