The Uruguay international’s 88th-minute strike set United on their way to a 2-0 quarter-final victory over Everton on Wednesday evening, although the Toffees were doubly aggrieved with Cavani having earlier escaped a red card after appearing to grab defender Yerry Mina round the neck – with VAR not in use in the competition until the last four.

Here, the PA news agency takes a look at five others who have gone on to play a significant part in a game having avoided punishment.

Mario Balotelli was no stranger to controversy during his time in England, but the then Manchester City striker enjoyed an eventful, even by his standards, clash with Tottenham in January 2012. The striker had been sent on as a substitute after City had squandered a 2-0 lead and had already been booked when he appeared to stamp on Scott Parker, although unseen by referee Howard Webb. Balotelli rubbed salt into Spurs’ wound by converting an injury-time penalty to win it 3-2, but later accepted a charge of violent conduct and served a four-match ban.

An ill-tempered 1982 World Cup semi-final between West Germany and France was finely poised at 1-1 in Seville when Michel Platini split the German defence with a beautiful pass to put Patrik Battiston through on goal. Battiston got there ahead of on-rushing keeper Harald “Toni” Schumacher and touched the ball past him before being felled by a body-check which left him unconscious, minus three teeth and with damage to his spine. Dutch referee Charles Corver took no action and after the score had reached 3-3 by the end of extra-time, Schumacher defied Didier Six and Maxime Bossis from the spot to send the Germans through to the final.

England faced Holland in a vital World Cup qualifier in Rotterdam in October 1993 needing to win to keep their hopes of making to the finals in the United States alive. Their chances looked to have improved markedly when, with 57 minutes gone and the score still at 0-0, David Platt burst through only to be hauled back by last man Ronald Koeman. The whistle went and Platt readied himself mentally to take the resulting spot-kick believing the Dutch would see the match out with only 10 men. But to his astonishment, he turned to see German official Karl-Josef Assenmacher pointing for a free-kick outside the box and issuing only a yellow card. Four minutes later, Koeman opened the scoring at the other end with a fine free-kick before Dennis Bergkamp completed the job.

Not for the first or last time in his career, then Liverpool striker Luis Suarez took out his frustration on an opponent with his teeth. With the Reds trailing 2-1 at home to Chelsea in April 2013, Cavani’s international team-mate bit defender Branislav Ivanovic on the arm as the pair tussled, an offense which was not spotted by referee Kevin Friend. Suarez went on to score an equaliser in the seventh minute of stoppage time, but was ultimately handed a 10-game ban on video evidence.

Stoke boss Mark Hughes was left fuming after substitute Javier Hernandez headed Manchester United to a 3-2 Premier League victory in October 2013. The Potters had led 1-0 and 2-1 at Old Trafford and thought they should have been playing against 10 men after Hernandez’s ugly challenge on Robert Huth, which left the defender needing prolonged treatment. However, the striker was only cautioned and went on to claim the winner with 10 minutes remaining. 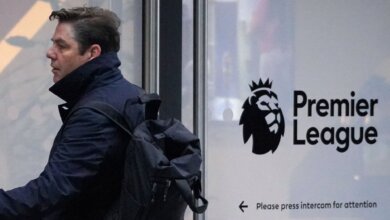 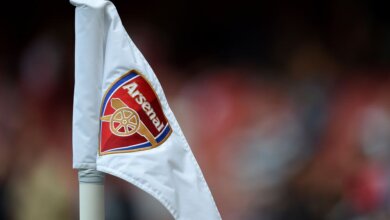 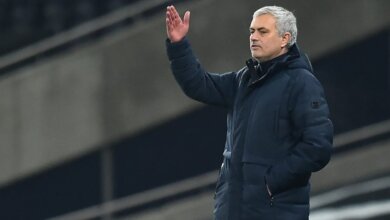 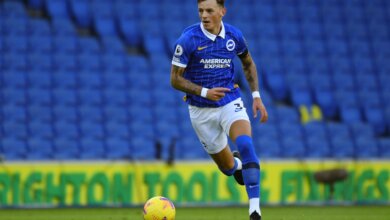