Manchester United blew the chance to go back top of the Premier League by falling to a shock defeat to rock-bottom Sheffield United on Wednesday evening.

Even in this unpredictable season, few could have foreseen the Blades winning 2-1 at Old Trafford just days after Ole Gunnar Solskjaer’s men impressively beat arch rivals Liverpool in the FA Cup fourth round.

Ahead of Saturday’s trip to Arsenal, the PA news agency takes a look at how things stand at Old Trafford.

What happened on Wednesday night?

Chris Wilder’s men arrived in the north west with the fewest number of points at the halfway point of a campaign of any side in Premier League history. They had won just one top-flight match all season but doubled that tally by staying compact and capitalising on a meek Manchester United display. Substitute Oliver Burke’s heavily-deflected effort sealed a 2-1 win for the Blades – their first at Old Trafford since 1973.

What went wrong for Solskjaer’s side?

Solskjaer felt hard done by after two key moments in the first half went against them. Ex-Manchester City youth prospect Kean Bryan got Sheffield United off the mark from a corner midway through the opening period as Billy Sharp’s push on David De Gea went unpunished. United thought they had equalised before the break through Anthony Martial, but Harry Maguire was adjudged to have fouled goalkeeper Aaron Ramsdale when challenging for the ball. While those decisions were contentious, there is no doubt Manchester United were their own worst enemy on Wednesday. “That little spark, that edge, we didn’t have that extra creativity, imagination, the X factor we’ve had,” Solskjaer said. “It’s happened, we look at it, agree it is not good enough and go again.”

What has been the fallout?

While those inside United have kept cool in the wake of a clearly disappointing performance and refocused on Arsenal, some of the reaction on social media has been vile. Players have been subjected to a torrent of abuse, which included disgusting racist posts aimed at defender Axel Tuanzebe, who inadvertently turned home Burke’s winner, and forward Martial. The club have condemned the “mindless idiots” and urged “social media platforms and regulatory authorities to strengthen measures to prevent this kind of behaviour”.

Where does the result leave United?

United head into the weekend’s fixtures second in the Premier League, just a point behind a Manchester City side that have a game in hand. The bookmakers make Pep Guardiola’s side favourites for the title, with Solskjaer’s men third in the running behind reigning champions Liverpool. United also remain in the hunt for cup glory on domestic and European fronts. The Red Devils take on Real Sociedad in the Europa League round of 32 next month after dropping out of the Champions League, while a home FA Cup fifth-round clash against West Ham also awaits in February.

What are the issues that need sorting if they are to win a trophy?

United are in a stronger position at this stage than many would have predicted, but Solskjaer’s side have rarely lit up matches. They have shown impressive doggedness to get results, including seven comeback league wins on the road, but the fact they have so frequently conceded first is a concern. Solskjaer faces an ongoing conundrum on the right without an out-and-out winger as teenage January signing Amad Diallo is unlikely to be thrown at the deep end, while the constant changing of Harry Maguire’s centre-back partner has destabilised the defence. Right-back Aaron Wan-Bissaka’s positioning and Martial’s form in attack are other concerns, while their soft underbelly from set-pieces was once again exposed on Wednesday evening. Solskjaer does not expect any new faces before the window shuts to help smooth those kinks and aid the hunt for his first trophy in charge, but the United boss does boast an impressive strength in depth plus has avoided major injury issues so far. 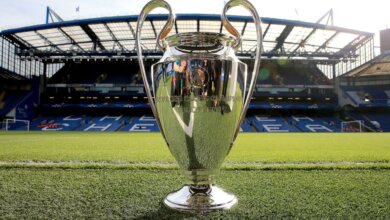 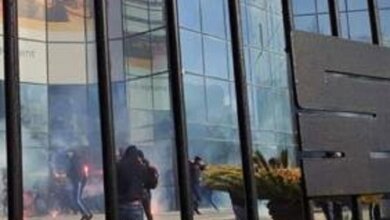 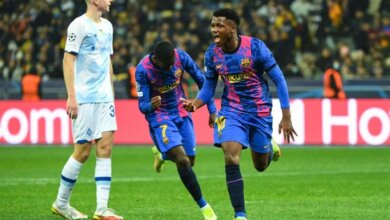 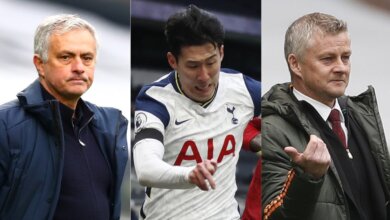