An Ilkay Gundogan brace and two errors from goalkeeper Alisson Becker saw Manchester City stretch their lead at the top of the Premier League table with a fine victory over reigning champions Liverpool.

The Germany midfielder had earlier blazed over a penalty after Raheem Sterling had been tripped but was on hand to put the visitors ahead and on course to a 4-1 win at Anfield.

Reds boss Jurgen Klopp was able to recall captain Jordan Henderson, Alisson and Sadio Mane for a key game in the title race.

But Alisson gifted City two goals after Mohamed Salah had levelled with a penalty of his own, the Brazil number one twice passing straight to opposing players as Gundogan and Sterling made him pay.

Phil Foden thrashed home a fourth – which Alisson may have also done better with – as Liverpool slumped to a third successive home defeat.

The result leaves Pep Guardiola’s side five points clear of Manchester United with a game in hand, while Liverpool are now 10 points adrift in fourth.

Harry Kane scored on his surprise return to the Tottenham team as they beat struggling West Brom 2-0 to return to winning ways.

Jose Mourinho had seen Spurs lose three in a row but was able to call on striker Kane, who has been missing with an ankle injury.

The England skipper missed a couple of good first-half chances but broke the deadlock shortly after the interval, collecting a thread-needle ball from Pierre-Emile Hojbjerg and slotting home.

The points were wrapped up by Son Heung-min, who finished well from a Lucas Moura pass to end a recent goal drought, while the Baggies saw two Mbaye Diagne goals correctly ruled out for offside as they chased the game.

Fabio Silva missed the pick of the chances as Wolves and Leicester played out a goalless draw at Molineux.

The 18-year-old had a golden opportunity to win the game for the hosts late on, only for his effort to be well-saved by goalkeeper Kasper Schmeichel.

Leicester welcomed Jamie Vardy back after groin surgery, with the experienced striker coming on just after the hour-mark but unable to help the high-flying Foxes break the deadlock, heading just wide in stoppage time. 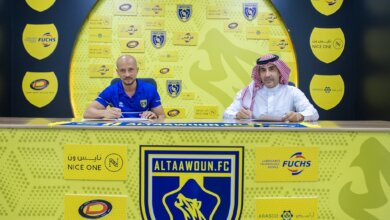 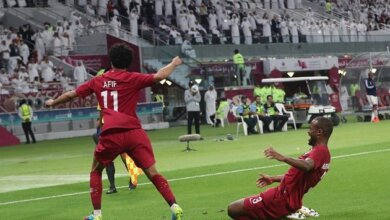 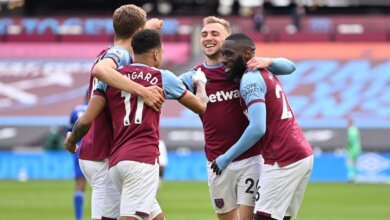 How would the Premier League table looked if ‘big six’ were banned? 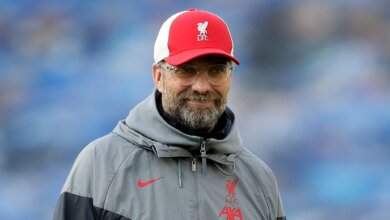