Pierre-Emerick Aubameyang laid to rest the ghosts of 12 months ago to score a late winner as Arsenal edged out Benfica to advance into the last 16 of the Europa League.

The Gunners were just three minutes away from crashing out on away goals – despite both legs being played at neutral venues.

Current coronavirus travel restrictions meant the Gunners had to ‘host’ the second leg of their round-of-32 tie in Athens, where Aubameyang’s late header saw them win 3-2 on the night and 4-3 on aggregate.

Tied at 1-1 following the ‘away’ leg in Rome last week, Arsenal went a goal ahead through captain Aubameyang only for Diogo Goncalves to level with a fine free-kick, awarded for a foul by Dani Ceballos.

Things went from bad to worse for the Spain midfielder as his poor defensive header allowed Rafa Silva to race through on goal and put the Portuguese club in front just after the hour.

Arsenal needed to score twice to progress into the next round and pulled one back through a low Kieran Tierney strike as the Scotland full-back marked his 50th appearance for the club in style.

Benfica looked to be managing the game well in the closing stages, only for Bukayo Saka to stand a cross up to the back post, where Aubameyang nodded in a dramatic 87th-minute winner.

Not only had the Gabon forward missed a number of clear chances in the first leg but he was guilty of spurning a sitter when Arsenal were dumped out on away goals at this stage last season, losing to Olympiacos – whose Georgios Karaiskakis Stadium played host to Aubameyang’s latest heroics.

Manager Mikel Arteta had not shied away from describing the game as a ‘final’, with Arsenal languishing 11th in the Premier League and their FA Cup defence already over.

Winning the Europa League had seemed their best option for qualifying for continental football next year and those hopes remain alive for the time being.

After starting well, Aubameyang would open the scoring as he got onto the end of a slide-rule pass from Saka before applying a cool, lifted finish.

Ceballos played a fine ball to Saka, whose shot was saved even before the offside flag was raised – with Ceballos instead assisting in Benfica drawing level as he tripped Julian Weigl in dangerous territory.

Goncalves would curl home the resulting free-kick for his first Benfica goal and to send the teams in level at the interval.

The offside flag would deny Aubameyang a second of the night soon after the restart, latching onto a Martin Odegaard pass and stabbing home.

The same pattern at the start of the second half prompted Benfica head coach Jorge Jesus into a triple substitution.

It helped redress the balance but it was an error from Ceballos which allowed the Primeira Liga side to take the lead.

The Real Madrid loanee miscued a header from a long ball forward, allowing Silva to nip in and put Benfica in the driving seat.

Arteta reacted by bringing on Willian and Thomas Partey and the former provided an assist soon after, rolling the ball into the path of Tierney who arrowed Arsenal level in the tie.

They would still have been heading out on away goals were it not for Aubameyang, who rose at the back post to nod in Saka’s ball and win the tie. 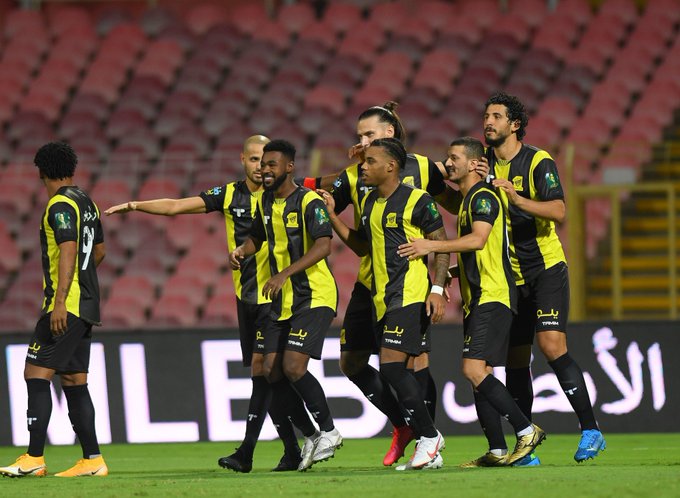 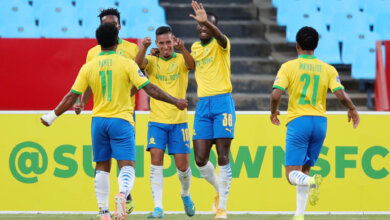 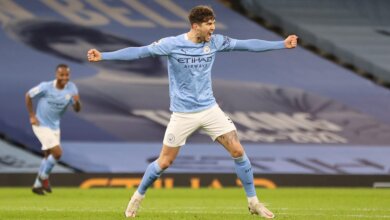 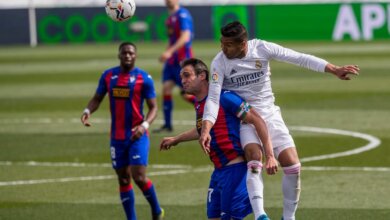