Arsenal manager Mikel Arteta admits “something is missing” from his side as they look to end a wait of nearly eight hours for a Premier League goal from open play.

The Gunners host Wolves on Sunday having taken just one point from their last two fixtures either side of the international break.

A 1-0 win at Manchester United on November 1 came courtesy of a Pierre-Emerick Aubameyang penalty and appeared to promise progress for Arsenal under Arteta.

But a 3-0 defeat at home to Aston Villa and a goalless stalemate at Leeds saw them head into the weekend seven points adrift of the leaders and without a goal from open play in the league for 476 minutes.

“The position probably that I believe we should have been in and where we are at the moment, it’s two games (difference),” said Arteta.

“That’s four to six points and it makes the whole difference and the small margins where we lose the game or win the game, it’s incredibly narrow.

“But this is the reality of this league and where we are at the moment. We don’t have big margins at the moment so we have to be really good at everything we do because at the moment, something is missing.

“We are on the edge of winning or losing a football match and we again are humble and conscious of that and at the moment we don’t have to steal those margins and any game is going to be really difficult.”

Sunday marks a year since Unai Emery was sacked as Arsenal head coach – with Arteta eventually appointed as his replacement last December.

Since then the 38-year-old has guided the club to a record 14th FA Cup and Community Shield victory.

But Arsenal could only finish a disappointing eighth in the Premier League last year – their lowest position since 1995 – and Arteta admits there is still plenty of work to be done to return the club to the summit.

“I don’t know the answer to that question,” he replied when asked how long it would be before Arsenal were a team challenging for the title.

“If you’re asking ‘how do you rebuild the squad’? It takes a few windows at least to do that and to establish yourself to compete at the level of certain clubs in this league, which is near 100 points, again it takes time.

“In football, time is very precious and people are very impatient but if you don’t respect the processes and you ask certain people to do certain things when the foundations are not there, it’s a really dangerous thing to do as well.

“Again I know that we all want to see that and I am the first one who wants to see Arsenal at the top of the league.

“There are still a lot of things that are going to happen and we have to prepare for difficult moments and we knew that right from the start.

“We are ready and we know that the challenge and the responsibility are to turn it around as quick as possible and get the club fighting where it belongs.” 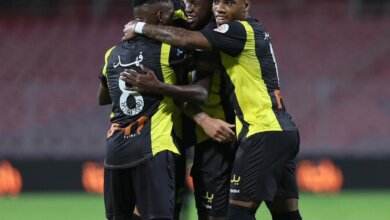 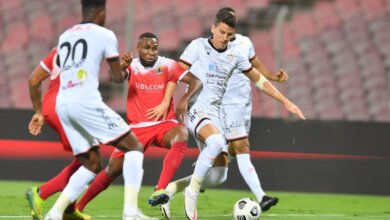 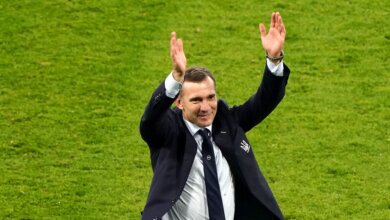 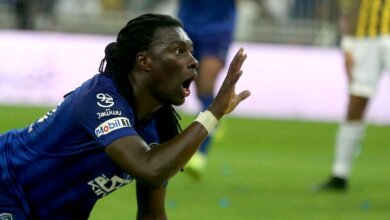 Gomis is uncertain about his future with Al Hilal