Manchester City reopened a three-point gap at the top of the Premier League as they beat Burnley 2-0 for a 13th straight win in all competitions.

It was routine stuff for a City side in ominous form going into Sunday’s meeting with Liverpool as Gabriel Jesus and Raheem Sterling put them in control before the break, the only complaint being their failure to add to the lead in the second half.

Burnley are without a win over City since March 2015, and any hopes they might have had of ending that run at the 14th attempt were all but extinguished less than three minutes in.

Nick Pope has been talked up as England’s best option for the European Championship but did himself few favours with the way he pushed Bernardo Silva’s shot stright into the path of Jesus, who gratefully nodded home.

Guardiola had once again shuffled his pack, making five changes to the side who beat Sheffield United 1-0 as Sterling and Riyad Mahrez returned in attack.

John Stones was also back after a rest at the weekend but Aymeric Laporte retained his place in the side as he shifted to left-back, perhaps offering a hint of Guardiola’s thinking for the trip to Anfield.

But all the action here was at the other end. Having taken the early lead, City continued to push, keeping Burnley deep inside their own half, but Mahrez was offside when he hit a powerful shot that Pope repelled before Joao Cancelo’s shot was blocked by Ben Mee.

A mix-up between Pope and Matt Lowton almost allowed Sterling on to Ederson’s long ball but Pope got a vital toe in as the England forward tried to bring it under control.

The second goal eventually arrived seven minutes before the break when Mahrez found Ilkay Gundogan in space and his low cross left Sterling with the easiest of tasks to finish.

City went in at half-time having enjoyed 70 per cent possession and with all six shots at goal in the match to that point in their credit, and little changed after the break.

Gundogan hit a rising shot which whistled narrowly over Pope’s crossbar before the goalkeeper got a vital touch to keep Mahrez’s bending cross from being tapped in by Sterling.

Mahrez had the ball in the net just before the hour but was fractionally offside as he turned in Jesus’ cross.

Burnley finally registered an attempt on goal in the 64th minute, but Matej Vydra’s effort on the volley was always rising as Ederson watched it fly in to the Jimmy McIlroy stand.

In truth, the hosts rarely looked like troubling a City defence who registered a sixth consecutive league clean sheet.

Guardiola toyed with his defensive options further when Oleksandr Zinchenko replaced Cancelo with 25 minutes to go, with Stones moving to right-back and Laporte partnering Dias in the centre.

Jesus wanted a penalty in the 71st minute when he appeared to take a kick from James Tarkowski in the box but Martin Atkinson waved play on and VAR did not intervene.

Ederson had a rush of blood with 15 minutes left as he ran off the line to challenge for the ball but instead caught Erik Pieters by the touchline, sending the Burnley man to the turf in pain and earning a yellow card.

It was, however, only a minor blemish on another accomplished performance by a City side unbeaten since November and looking ever more in control of their destiny this season. 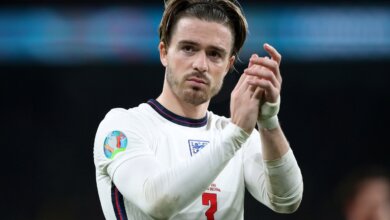 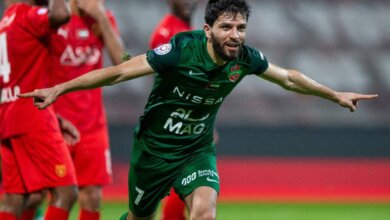 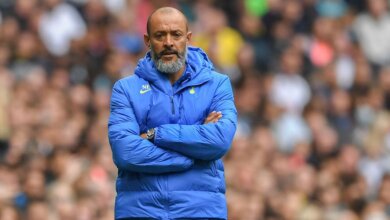