A pre-match protest failed to materialise as United supporters attended a game at Old Trafford for the first time in over a year on Tuesday.

Fans were also back at Brighton, Chelsea and Southampton in the first Premier League games played since Covid-19 restrictions were eased in step three of the Government’s road map out of lockdown in England.

“It’s great to have you back in supporting the team,” Solskjaer said, addressing the 10,000 fans present for the 1-1 draw with relegated Fulham.

“We know it has been a long, long year for everyone but I’m so grateful to see you back here supporting everyone.

“I know we’re not where we want to be in the league but hopefully we can bring a trophy back in about 10 days’ time.

“So do whatever we can and hopefully next year we can see everyone in their seats again, so all the best, support the team and safe trip back home.”

The match was also a potential test for security after recent demonstrations by fans against the ownership of the Glazer family led to the postponement of United’s Premier League game against Liverpool earlier this month.

The 10-foot steel fence placed at the entrance of the Munich Tunnel to keep fans out of recent games was replaced by turnstiles and supporters began to file into the ground 90 minutes before the 6pm kick-off.

Those that entered were soon in good voice and the songbook was quickly dusted off, with one notable chant against executive co-chairman Joel Glazer.

There was a huge applause when the stadium announcer welcomed fans back by saying: “It’s not been the same without you”.

There had been a sprinkle of green and gold before kick-off and thousands held up the anti-Glazer placards handed out by the Manchester United Supporters’ Trust when the teams emerged.

Exuberant Seagulls supporters serenaded their heroes at full-time – including a raucous version of ‘Sussex by the Sea’ – amid remarkable scenes on the south coast.

Due to coronavirus restrictions and some unconvincing form last year, the shock success was the first time Seagulls followers had been present to witness their team win since December 2019.

Those fortunate enough to acquire tickets were vocal throughout and rewarded by an unforgettable occasion against Pep Guardiola’s Champions League finalists, which will undoubtedly go down in history as one of the club’s greatest triumphs.

Albion’s players had received rapturous applause as they entered the field and formed a guard of honour for their opponents, with City’s team greeted by a smattering of jovial jeers followed by respectful applause from all four sides of the ground.

Guardiola said afterwards: “It’s another game completely with the fans, so welcome back.

“I am looking to playing against Everton with our fans. It’s so nice, it’s much better. So happy and glad that the fans here in Brighton could come and watch the game.”

At Stamford Bridge, there were two sustained and pointed chants for Tammy Abraham.

The England striker was omitted from Chelsea’s FA Cup final squad on Saturday and has hardly played under manager Thomas Tuchel.

There was also support from the stands for Frank Lampard, Tuchel’s predecessor and former midfield playing favourite, and smiles at the end as Chelsea’s 2-1 win over FA Cup conquerors Leicester boosted the Blues’ prospects of Champions League football next season.

Leeds spoiled Southampton’s night with a 2-0 away win but Saints boss Ralph Hasenhuttl was delighted to see the fans back at St Mary’s.

“It was absolutely amazing for me, and when I was coming out at the beginning of the game it was an impressive view to see them sitting there,” Hasenhuttl said.

“It looked very full even with 8,000. A massive moment for everyone.”

Crowds were also back in the English Football League, with Oxford and Newport hosting play-off semi-finals.

Blackpool took a big step to the Sky Bet League One play-off final by winning 3-0 in front of 3,200 socially-distanced fans at the Kassam Stadium.

Newport’s 2-0 win over over Forest Green in their League Two semi-final was the first sporting fixture played in front of fans in Wales since March 2020.

Speaking before the game, Newport manager Michael Flynn said of the 900-strong crowd: “It’s been a long time coming. It’s the first time we’ve had fans at home this season and I just hope they make the noise of 9,000.” 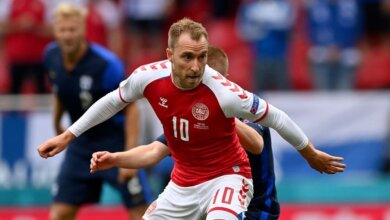 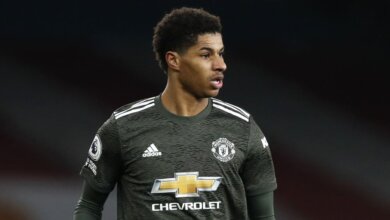 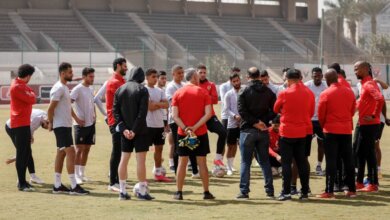 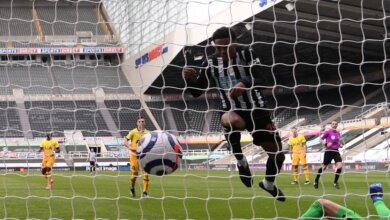