Hamdi Meddeb, Esperance’s president, held a meeting with Moïne Chaâbani, the team’s head coach, and the players following their 1-0 defeat against Etoile in the Tunisian Cup.

Meddeb was keen to motivate his players for the upcoming challenges, especially ahead of facing Egypt’s Al Ahly in the first leg of the CAF Champions League semi-finals.

Moreover, Meddeb told his players to turn the page on Etoile’s game and to turn their focus towards their game against Al Ahly to keep going in their journey towards regaining the African title. 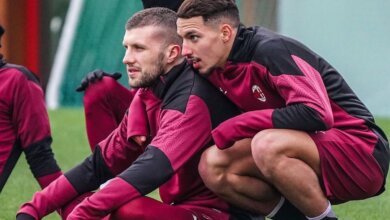