They needed Emiliano Martinez to keep them level before the late drama as he saved brilliantly from Leander Dendoncker while Fabio Silva hit the post.

Douglas Luiz and Joao Moutinho were sent off as both sides ended with 10 men, while Villa faces a Football Association fine for having six players booked.

But they climbed above Wolves in the Premier League to leave Villa manager Smith satisfied.

He said: “It was a really competitive game and we were up for it from the start. We started well and asked them a lot of questions. We didn’t create as many big chances as we’d like to but it was a tight game and we showed a lot of character.

“I haven’t seen the red card back, I think Douglas (Luiz) has gone in for the header and his arm was up, as you have to when you jump, but I thought there were a lot of soft yellow cards and he has been very unfortunate.

“There were too many cards flashed around today. It was a competitive game, niggly, but it never warranted the amount of cards which came out.”

Smith also praised Martinez after the goalkeeper’s fifth clean sheet of the season.

“He is a really composed goalkeeper, he does his job. He keeps the ball out of the net and his distribution is very good.

“He has a calming influence on the whole team. He made a really good save in the first half and then from Dendoncker late on. It’s not just the saves, it’s the composure he gives to the team.”

Villa struggled to gain momentum but Ollie Watkins was denied by Rui Patricio after 63 minutes.

The visitors then got lucky six minutes later when Podence slipped in Silva and the 18-year-old, making his full Premier League debut, hit the inside of the post.

Martinez also needed to produce a stunning one-handed stop to keep out Dendoncker’s volley from six yards with 10 minutes left.

Villa looked to be hanging on when Luiz earned a second yellow card for catching Podence with five minutes left but they stunned Wolves in stoppage time.

McGinn skipped past Semedo and the defender clumsily brought him down in the box for El Ghazi to win it from the spot.

There was still time for Moutinho to be shown a second yellow card for a foul on Jacob Ramsey and Wolves boss Nuno Espirito Santo also agreed referee Dean was heavy handed.

He said: “In the first half there were too many cautions. It was intense and it’s a derby which means a lot to everyone but it’s what the referee saw.

“In the second half we started having more flow in our game and the lines were better.

“We have to find solutions, not having Raul (Jimenez) is a big loss for us. His presence and talent is important but we have other players and we are making players better and supporting.

“Like Fabio, who played his first game and did well. We have to create solutions and improve our final touch. Their goalkeeper was one of the best players on the pitch and that says a lot about the situations and what we have to improve.” 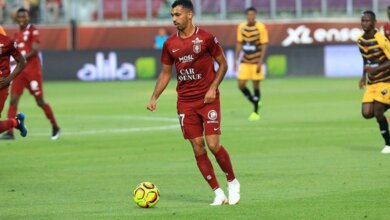 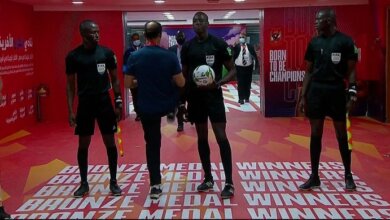 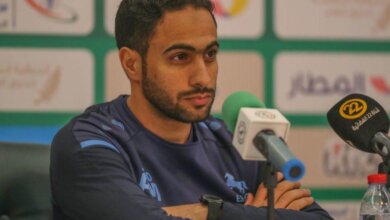 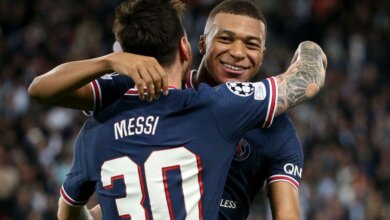