Manchester United take on Villarreal in the Europa League final on May 26.

Here, the PA news agency looks at their route to the Gdansk showpiece.

Ole Gunnar Solskjaer’s side got a tough-looking group off to a dream start as Marcus Rashford fired them to a memorable victory at Paris St Germain once again. A 2-1 triumph against last season’s Champions League finalists was followed by substitute Rashford scoring his first hat-trick for the club in the 5-0 thumping of RB Leipzig. However, a shock loss 2-1 at group whipping boys Istanbul Basaksehir in Turkey knocked them off their stride. Winning the reverse fixture 4-1 meant United would qualify if they avoided defeat in one of their final two Group H games, yet they lost 3-1 to PSG at Old Trafford before falling 3-2 at Leipzig and bowed out.

Having dropped out of the Champions League, United started their Europa League campaign off with a bang. Coronavirus travel restrictions meant the first leg had to be switched from Spain to Italy, where Bruno Fernandes netted either side of half-time in a 4-0 win. Rashford and Daniel James completed the victory at Juventus’ Allianz Stadium. Solskjaer named a surprisingly strong line-up for the second leg at Old Trafford, where the match ended 0-0.

The draw paired United with a fellow European heavyweight. Eighteen-year-old half-time substitute Amad Diallo opened his United account in style by scoring a superb improvised header, but Simon Kjaer’s stoppage-time header secured a 1-1 draw and potentially problematic away goal. But United progressed with a professional 1-0 win at San Siro, where Paul Pogba scored three minutes after his half-time introduction on his return from injury.

The first leg was the biggest match in Granada’s history, but the Red Devils spoiled the hosts’ 90th birthday celebrations by triumphing in Andalusia. Rashford shook off injury concerns to open the scoring and United looked set to return to Old Trafford with just one away goal for their domination – and without Harry Maguire, Scott McTominay and Luke Shaw through suspension. But Fernandes’ late spot-kick secured a 2-0 triumph – a scoreline matched on home soil as Edinson Cavani volleyed home and Jesus Vallejo scored a late own goal.

Solskjaer was part of the United side that memorably thrashed Roma 7-1 in 2007 and this time masterminded a famous victory. Fernandes got April’s first leg off to a dream start at Old Trafford, only for Lorenzo Pellegrini to swiftly level and ex-Manchester City striker Edin Dzeko to give Paulo Fonseca’s side a shock half-time lead. But United have dug deep to bounce back time and again this season, with Cavani inspiring this latest comeback when smashing home a superb leveller just minutes into the second half. The veteran put Solskjaer’s men ahead after an error by substitute Antonio Mirante before Fernandes added a penalty and Pogba headed home. Mason Greenwood came off the bench to add the gloss, with the 6-2 scoreline rendering United’s 3-2 second-leg loss immaterial. Cavani put United into a half-time lead in Italy, where quickfire goals from Dzeko and Bryan Cristante turned things around. David De Gea produced some fine saves as Roma pushed the wobbling visitors before Cavani grabbed his second of the night. Teenage debutant Nicola Zalewski’s deflected effort eventually sealed Roma’s victory on the night, but the damage was done the previous week. 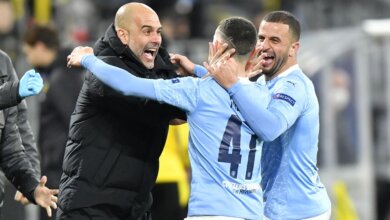 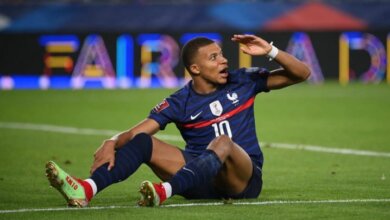 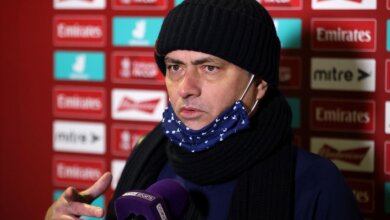 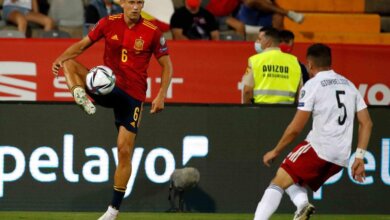