Kylian Mbappe scored a hat-trick as Paris St Germain came from behind to triumph 4-1 at Barcelona in the first leg of their Champions League last-16 tie.

Mbappe netted a fine equaliser in the 32nd minute, shortly after Lionel Messi had put Barca ahead with a penalty.

The France forward subsequently struck again midway through the second half, Moise Kean added a header five minutes later and Mbappe completed his treble with a curling finish with five minutes remaining.

It leaves Barca requiring another considerable comeback heading into the second leg at the Parc des Princes on March 10, four years on from the sides’ memorable last-16 clash in which the LaLiga outfit recovered from a 4-0 first-leg loss in France by winning the second 6-1 at the Nou Camp.

For what was the first meeting since then, Barca’s line-up included Gerard Pique, returning to Ronald Koeman’s defence after almost three months out due a knee injury. Ousmane Dembele was also among the players coming in as he joined Messi and Antoine Griezmann in the attack.

Idrissa Gueye skewed an early shot off target for the visitors, Griezmann brought a save out of Keylor Navas at the other end, and in the 19th minute Icardi sent a shot past Ter Stegen but Pedri was there to clear.

Barca then grabbed the lead in the 27th minute after referee Bjorn Kuipers pointed to the spot when Frenkie De Jong went down in the box under pressure from Layvin Kurzawa.

Messi fired the resulting spot-kick high into the net for his 10th goal in 10 games in all competitions.

Navas easily dealt with a Dembele attempt moments later before Mbappe drew things level in superb style, collecting a flick from Verratti, dancing around Clement Lenglet and rifling the ball past Ter Stegen.

Ter Stegen then produced good saves to deny Kurzawa and Kean, either side of Griezmann shooting just wide of Navas’ goal, and Icardi went close with a header just prior to the break.

The early stages of the second half saw Mbappe strike wide and Ter Stegen again do well as he kept out a deflected Kean shot.

After Dembele had an effort saved by Navas, PSG then went 2-1 up in the 65th minute when Alessandro Florenzi crossed from the right and the ball went via a touch off Pique to Mbappe, who lashed it in.

Shortly after, Mbappe was denied a hat-trick when he saw a low shot blocked by Ter Stegen before Kean made it 3-1 as the on-loan Everton man connected with Leandro Paredes’ free-kick.

Mbappe’s third did arrive in the closing stages as PSG broke forward and the 22-year-old star curled a shot past Ter Stegen having been teed up by Julian Draxler. 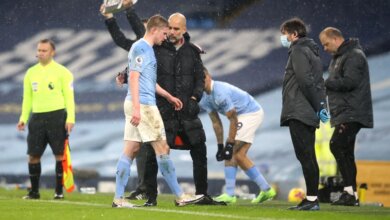 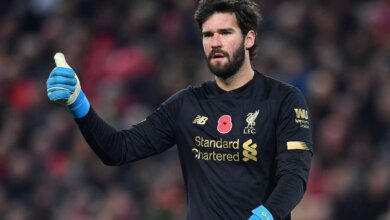 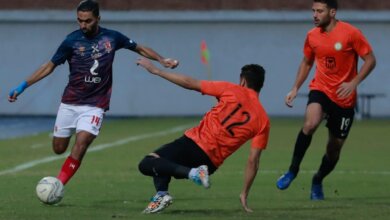 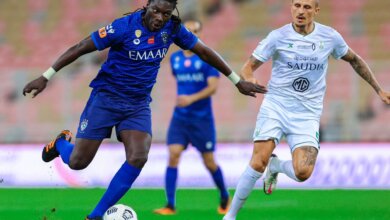