Arsenal continued to breathe fresh life into their season after an impressive 3-1 win at Leicester.

David Luiz, Alexandre Lacazette and Nicolas Pepe netted as the Gunners came from behind to claim a deserved victory.

Youri Tielemans’ early strike had put the Foxes ahead and the hosts suffered a further blow when Harvey Barnes was carried off in the second half with a knee injury.

The Foxes remain third in the Premier League but missed the chance to move nine points clear of fifth-placed Chelsea.

Arsenal are now just three points off Liverpool, who sit sixth, and boss Mikel Arteta had the luxury of resting Bukayo Saka as the Gunners built on Thursday’s Europa League win over Benfica, which sent them into the last 16.

Yet the manager’s selection gamble – which saw him also name Pierre-Emerick Aubameyang on the bench – initially looked rash when the Gunners gifted Tielemans the opener after seven minutes.

Kelechi Iheanacho and Tielemans combined on the right for the midfielder to burst away and drive into the area.

The Gunners allowed the Belgium international a free run and he drilled into the bottom corner across goalkeeper Bernd Leno.

Pepe went down under Tielemans’ challenge but it was overturned by VAR because Wilfred Ndidi had made contact with the winger outside of the box first.

Rather than hurt them, it lifted the visitors and they found their stride, with Pepe just failing to connect with Kieran Tierney’s cross and Willian dragging wide.

They dominated possession, despite Barnes and Iheanacho forcing Leno into action from distance, although all of the Gunners’ pressure looked like ending in first-half frustration until Luiz levelled six minutes before the break.

Pepe had been teasing Luke Thomas and this time tempted the defender into a foul on the right.

The Foxes switched off from Willian’s free-kick and Luiz pulled away from Timothy Castagne to power a header into the bottom corner.

It was a deserved leveller and the Gunners turned the game around in first-half stoppage time.

Pepe’s shot struck Ndidi’s outstretched arm and, while referee Paul Tierney initially missed it, he gave the penalty after checking the monitor and Lacazette found the corner from 12 yards.

Leicester’s afternoon continued to get worse when Barnes was carried off five minutes into the second half after appearing to injury his knee stretching for the ball.

Two minutes later the Foxes crumbled when Arsenal hit them on the break to grab a third.

Pepe and substitute Martin Odegaard combined on the edge of the area before Willian squeezed the ball past Kasper Schmeichel for Pepe to tap into an empty net.

Arsenal pressed for a fourth which never came, with Thomas Partey’s shot deflecting over, Tierney fizzing a drive wide and Aubameyang almost marking his late cameo with a goal when he curled wide.

Iheanacho should have pulled a goal back in stoppage time but blasted over from seven yards. 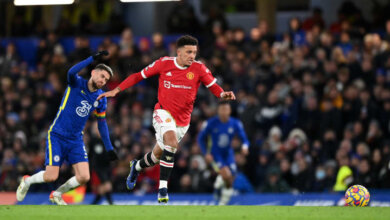 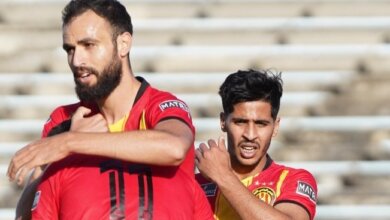 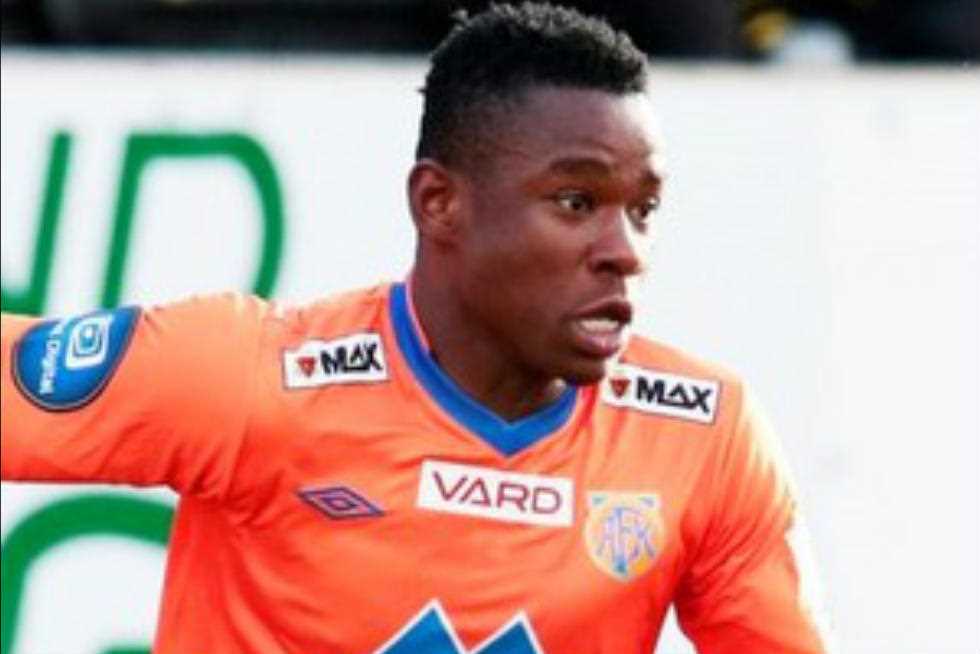 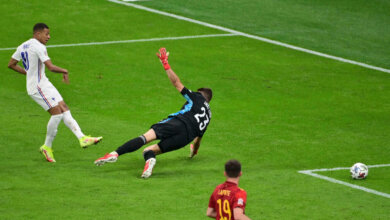